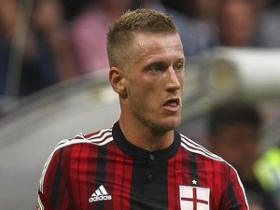 Liverpool and AC Milan to battle for Ricardo Rodriguez

Serie A giants AC Milan are reportedly pondering a January bid for Newcastle United defender Davide Santon, according to The Express.