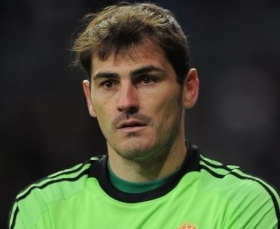 Real Madrid great Iker Casillas: I can't deny I could be returning

Liverpool are reportedly keen on pursuing the signature of goalkeeper Iker Casillas at the end of the season. The Spain international is expected to be available on a Bosman once his contract with Porto concludes during the summer.

Newcastle United manager Rafael Benitez is set to demand a transfer kitty of around £20m in order to strengthen his squad further during the second half of the season.

Liverpool are eyeing a move for Porto goalkeeper Iker Casillas during the January transfer window. The 36-year-old has made nearly 100 appearances for the Primeira Liga outfit since his move from Real Madrid in 2015.

Iker Casillas has won it all during his illustrious career and could now be set to move to the English Premier League. The Spanish goalkeeper has failed to win a major trophy during his two seasons in Portugal with Porto, and may now move to England in an attempt to end his career with one last piece of silverware.

Manchester United manager has to face growing unrest with some of his players as it has been revealed by an insider that some of the United players were unhappy that they had been thrown in for the Feyenoord game. Jose has to find a way to contain the unrest before it spreads to the whole squad.

Porto goalkeeper Iker Casillas may head to the MLS at the conclusion of the current season.

Real Madrid have promised to offer a contract extension to Costa Rican goalkeeper Keylor Navas, according to reports.

Spain international Sergio Ramos has agreed on a long-term deal at Real Madrid, thereby ending speculation over a proposed move to Manchester United.

Real Madrid in for David Ospina?

Real Madrid will look to sign up Arsenal goalkeeper David Ospina as a replacement for veteran goalkeeper Iker Casillas.

Man Utd to lose out on WORLD CUP WINNER

Manchester United could fail in their pursuit of one of La Liga's best this summer, according to reports.

Primeira Liga giants Porto are understood to have finalized a deal to sign veteran goalkeeper Iker Casillas from Real Madrid.

Real Madrid goalkeeper Iker Casillas is flattered to be linked with a summer move to AS Roma.

The agent of Iker Casillas has reportedly made contact with North London rivals Arsenal and Tottenham Hotspur regarding a possible summer move.

Manchester United goalkeeper David de Gea has insisted that he could back off on a summer move to Real Madrid, should Iker Casillas remain at the club.

Manchester United could be made to wait until the very end of the summer transfer window to land the signature of Tottenham Hotspur goalkeeper Hugo Lloris.

The World's most expensive player has had a turbulent season in Madrid and with their unceremonious dumping from the Champions League earlier this week, he needs to consider his future. There are 5 good reasons as to why he needs to move on:

Arsenal could get their hands on one of their long-term targets, according to a Spanish source.

Spain's legendary goalkeeper Iker Casillas has insisted that he is happy to remain at Real Madrid for the remainder of his contract.

Spain veteran goalkeeper Iker Casillas is considering leaving the Bernabeu in spite of having two years left on his existing deal.