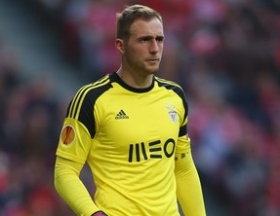 Jan Oblak, USA tour and scouting analysis: how Liverpool pulled off unlikely transfer coup they couldn't afford to get wrong
Jurgen Klopp may have just been forced to unleash next phase of Liverpool plan Liverpool winger ruled out until 2023 as Calvin Ramsay plan ...
26/10 06:00

Manchester United goalkeeper David de Gea is reportedly attracting interest from Paris Saint-Germain and Atletico Madrid ahead of the summer.

Chelsea have reportedly joined Leeds United in the race to sign Sergio Romero from Manchester United during this summer's transfer window.

Chelsea are reportedly keen on landing the signature of Andre Onana from Ajax during the current transfer window.

Spanish goalkeeper Kepa Arrizabalaga is reportedly willing to accept a pay-cut in order to secure a fresh challenge away from Chelsea this summer.

Chelsea to sign new goalkeeper regardless of Arrizabalaga's position

Chelsea are determined to land a new goalkeeper this summer even if Kepa Arrizabalaga remains contracted with them next season.