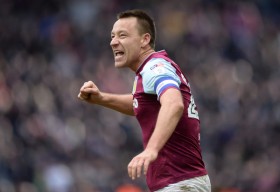 West Ham United and Aston Villa are looking at the prospect of signing Ruben Loftus-Cheek on a season-long loan.

Premier League sides Aston Villa and Arsenal are battling to sign defender Gary Cahill on a free transfer. Former Bolton Wanderers and Chelsea centre-back Cahill is available having failed to reach an agreement at Stamford Bridge.

Newly-promoted Championship side Aston Villa are reportedly planning an approach for Gary Cahill, whose contract with Chelsea expires at the end of June.

Aston Villa or Derby? Who will win the Championship Final

It’s that time of year again. The regular season has finished, Championship fans are elated that they’ve made it through the semis and within days one of the biggest- and most exciting- matches in English football is set to take place at Wembley, the home of English football.

Chelsea legend John Terry was left far from impressed with Kepa Arrizabalaga after he refused to be substituted during the League Cup final defeat to Manchester City.

Premier League side Chelsea could reportedly consider the option of recalling  striker Tammy Abraham from his loan spell with Aston Villa at the turn of the year.

Chelsea legend John Terry is set to become manager of the Blues' Under 23 side, replacing former coach Jody Morris.

Aston Villa and Watford are reportedly considering the prospect of signing Gary Cahill on a free transfer from Chelsea at the conclusion of the current campaign.

Chelsea boss Maurizio Sarri has revealed that he is open to John Terry's return to the club as a coach.

Chelsea are reportedly prepared to offer John Terry a route back to Stamford Bridge after he turned down a playing role with Spartak Moscow.

Chelsea legend John Terry has reportedly turned down the opportunity to join Spartak Moscow despite undergoing a medical with the Russian outfit.

Former Chelsea defender John Terry has revealed that he is ready to continue playing if he has the right offer.

England youth international Tammy Abraham has made a loan move to Championship side Aston Villa from Chelsea. The striker has revealed that calls from the club's top players had persuaded him to make the move to Birmingham.

Aston Villa boss Steve Bruce is unsure whether John Terry will extend his contract after their failure to clinch promotion to the Premier League.

Veteran defender John Terry is prepared to extend his Aston Villa contract by a further year, should they clinch promotion to the Premier League. However, the 37-year-old wants a clause on his contract which would enable him to skip the games against ex-club Chelsea.

Chelsea are prepared to lodge a summer attempt to sign Newcastle United skipper Jamaal Lascelles. The 24-year-old has been instrumental towards the Magpies' push for Premier League safety, and his performances have supposedly caught the eye of the Blues hierarchy.

Aston Villa are to offer a new deal to former England captain John Terry as the defender heads into the final five months of his existing contract with the Villa Park club. Terry has impressed since making the move to Steve Bruce's side, with the Villains currently riding high in the Championship in 3rd place.

Former England international John Terry is seriously considering a return to Chelsea in a coaching capacity at the end of the campaign.