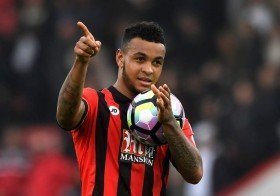 Everton have reportedly cooled their interest in signing Josh King from Bournemouth due to the excessive wage demands.

West Ham United have identified Eddie Nketiah as a potential candidate to bolster their strike force during the current transfer window.

Manchester United have reportedly turned down the offer to sign Real Sociedad striker Willian Jose, according to Sky Sports.

Manchester United manager Ole Gunnar Solskjaer has said that the Red Devils players gave their everything during the 1-0 Premier League defeat to Bournemouth on Saturday.

Manchester United interim boss Ole Gunnar Solskjaer is understood to have recommended the signing of Bournemouth's Josh King, who had previously been in the club's ranks.