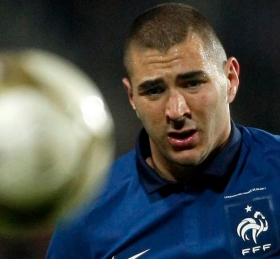 Manchester United star Cristiano Ronaldo is open to reuniting with Real Madrid on a free transfer in January.

Chelsea are ready to battle Real Madrid in the race to sign Lille striker Jonathan David, according to Jeunes Footeux.

Real Madrid have emerged as fresh contenders to sign Chelsea striker Romelu Lukaku, according to Fichajes.

Arsenal have been fancied to make a fresh approach for Real Madrid striker Luka Jovic this summer, according to Marca.

Arsenal to miss out on signing Spanish striker

Espanyol president Jose Maria Duran has made it clear that the club won't hold negotiations with the Gunners for Raul de Tomas.

Real Madrid have no plans of loaning out Luka Jovic amid the recent speculation linking him with Arsenal.