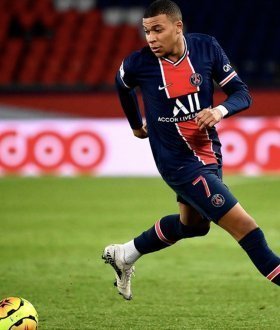 Chelsea striker Pierre-Emerick Aubameyang has been fancied to join Paris Saint-Germain at the end of the campaign.

Manchester United have been handed a big transfer blow with Darwin Nunez reluctant to join them this summer.

Benfica striker Darwin Nunez has decided to snub a summer move to Manchester United, according to RMC Sport.

Chelsea striker Romelu Lukaku has reportedly emerged as a potential target for Real Madrid this summer.

Manchester United star Cristiano Ronaldo has been linked with a potential return to Real Madrid this summer.

Chelsea are prepared to cut their losses on Romelu Lukaku at the end of the campaign, 90min reports.

Chelsea striker Romelu Lukaku is reportedly on the radar of Paris Saint-Germain ahead of the summer transfer window.