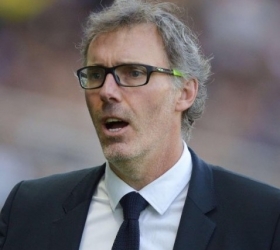 Quique Sanchez Flores is the casualty of poor form yet again at Watford, after the Spaniard was dismissed by the Watford board of directors this weekend. Flores had been brought back to Vicarage Road but a spell of bad results meant the coach would be given his marching orders.

Tottenham Hotspur boss Mauricio Pochettino has reiterated his commitment towards the north London club amid the speculation linking him with the managerial vacancy at Manchester United.

Former Paris Saint-Germain boss Laurent Blanc is reportedly among the leading candidates being considered for the interim managerial role at Manchester United.

Manchester United have confirmed the dismissal of Jose Mourinho from the head coach role shortly after the club's disappointing 3-1 Premier League defeat at the hands of Liverpool.

Jose Mourinho one loss away from getting sacked?

The players and staff at Manchester United believe that Jose Mourinho could be sacked if the Old Trafford side lose their next game against Burnley, the Daily Mail reports.

Chelsea closing in on Laurent Blanc

Chelsea to appoint ex-Barcelona coach as next manager?

Chelsea have reportedly switched their attention to ex-Barcelona head coach Luis Enrique after witnessing their pursuit of Maurizio Sarri reach a standstill. The Blues are expected to appoint a new manager in the coming days with current boss Antonio Conte tipped to be dismissed.

Manchester United and Manchester City are both interested in PSG right-back Serge Aurier and are set to start a bidding war for the player.

Inter Milan are apparently deemed favourites to sign Marco Verratti in the winter transfer window. The Italy international is looking for a way out of Paris Saint-Germain in 2017.

Paris Saint Germain playmaker Hatem Ben Arfa could be offered a way out of the Ligue 1 champions by Southampton in January, according to reports.

French coach Laurent Blanc is to quit Paris St Germain this summer as Unai Emery of Sevilla looks set to take over. The Sevillista is wanted by PSG for his European successes in recent years at the Spanish side.

Sevilla boss Unai Emery on the verge of PSG appointment

Rumours in spain are circulating that Sevilla boss Unai Emery is close to being appointed as the new manager of French giants Paris Saint-Germain.

Ligue 1 champions Paris Saint-Germain are preparing a formal approach for Liverpool playmaker Philippe Coutinho. The Brazil international was the centre of attention in the Reds revival under Jurgen Klopp last term.

Ligue 1 holders Paris Saint-Germain are hopeful of securing the services of Everton striker Romelu Lukaku despite strong interest from Chelsea. The Belgian international has iterated his desire for a fresh challenge with the Toffees failing to progress in the English league in recent years.

PSG are said to be keen on signing Leicester City midfielder Kante after the Euro’s this summer after his meteoric rise with the Premier League Champions.

Manchester United are understood to have held discussions with the agent of Paris Saint-Germain defender Marquinhos. The 22-year-old has been strongly linked with a move to the Premier League in recent months.

French champions Paris Saint-Germain are considering an approach for Napoli striker Gonzalo Higuain. The Argentine has been tipped to pursue a challenge in a new league this summer.

PSG not keen on Anthony Martial

French champions Paris Saint-Germain have made no contact with Manchester United over a summer move for Anthony Martial.