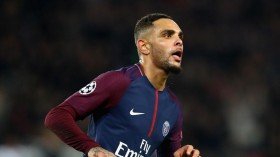 Chelsea are likely to shift their attention from Ben Chilwell to Layvin Kurzawa due to the hefty asking price set by Leicester City.

Chelsea are reportedly considering a move for Layvin Kurzawa on a free transfer after being put off by Leicester City's demands for Ben Chilwell.

Arsenal are reportedly the front-runners to sign Ryan Fraser when his contract with Bournemouth concludes at the end of the season.

Chelsea to miss out on Primeira Liga defender?

Chelsea are reportedly set to miss out on the services of Alex Telles with Paris Saint-Germain said to be in advanced negotiations to sign the Porto defender.

Arsenal are understood to have won the race to sign Layvin Kurzawa on a free transfer from Paris Saint-Germain.

Arsenal have reportedly been offered a boost in signing Willian from Chelsea at the end of the season.

Barcelona and Arsenal are reportedly prepared to compete with Liverpool in the race to sign Layvin Kurzawa on a free transfer.

Juventus set to hijack Arsenal target in a swap deal

According to Goal.com, Juventus are in talks with PSG over the swap deal of full-backs Mattia de Sceglio and Layvin Kurzawa, with the latter one heading to Turin.

The Athletic correspondent David Ornstein has revealed that Arsenal's head of football Raul Sanllehi is reportedly in advanced discussions with Paris Saint-Germain over a mid-season deal for Layvin Kurzawa.

Tottenham Hotspur defender Danny Rose has reportedly emerged as a surprise target for Paris Saint-Germain as they look to shore up the left side of the defence.

Arsenal have joined the likes of Manchester United and Chelsea in the pursuit of Paris Saint-Germain defender Layvin Kurzawa.

Manchester United are reportedly monitoring the proceedings of Paris Saint-Germain defender Layvin Kurzawa, who is also attracting interest from the likes of Tottenham Hotspur and Chelsea.

After having two bids turned down by Juventus, Chelsea will now face competition from PSG for left-back Alex Sandro.

Manchester City are keen on bringing AC Monaco midfielder Geoffrey Kondogbia to the club this summer.

Arsenal are reportedly tracking the progress of yet another French defender, according to The Mail.

Manchester United are reportedly leading the chase for Monaco defender Layvin Kurzawa, according to talkSPORT.