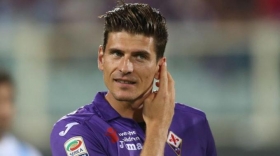 Divock Origi's words then, and actions now, speak volumes at Liverpool
players in the group such as captain Mario Gomez. Origi returned to Liverpool and when Sturridge impressed in pre-season games last summer,
20/07 12:40

Liverpool outcast Divock Origi has been closely linked with a January exit. The Echo reported that the Reds are prepared to sell the Belgium international but have set a £20m asking price amid interest from Everton and Wolves.

Mourinho admits he can no longer prise away players from rivals

Manchester United boss Jose Mourinho has insisted that his side are no longer in a position to lure top talents from the likes of Arsenal, Chelsea and Tottenham Hotspur.

FC Barcelona have completed the signing of Spanish international striker Paco Alcácer from Valencia, in a deal worth €30 million with a potential additional €2 million in conditional add-ons.

Valencia striker Paco Alcácer is on the verge of completing a €35 million move to FC Barcelona, after completing medical with the Spanish champions earlier today, according to reports.

Wolfsburg have secured the services of Mario Gomez from Fiorentina for an undisclosed fee. The 31-year-old has inked was three-year deal with the Bundesliga outfit.

Arsenal have pulled out of a potential transfer move for Lyon star Alexandre Lacazette. The Gunners tabled a 29 million GBP bid for the Frenchman last week that has since been rejected by Lyon.

German international striker Mario Gomez is wanted by Arsenal. The Galatasaray striker has told his agent that he wants to leave Turkey as soon as possible because of political unrest and is available for a cut price fee.

Fiorentina star Mario Gomez has emerged as a fresh target for West Ham United in this summer's transfer window. The Hammers are on the search for a new striker after they failed in their approach for Michy Batshuayi.

Besiktas are not interested in signing Liverpool striker Mario Balotelli, the club's sporting director has claimed. The Italy international is set to be offloaded over the summer as he is nowhere near the Reds reckoning for next season.

Wolfsburg are interested in luring Mario Gomez back to the Bundesliga in the summer. The German international has been on stunning form for Besiktas on loan from Fiorentina this season.

Germany star Mario Gomez has emerged as a top transfer target for Manchester United in the winter transfer window.

German international Mario Gomez has joined Turkish giants Besiktas on a season-long loan, with a view to a permanent transfer at the end of the 2015/16 campaign.

Serie A side Fiorentina are reportedly preparing a bid for Aston Villa striker Christian Benteke in January.

Tottenham Hotspur have been linked with a move for AC Milan forward Alessandro Matri, according to a report.

Fiorentina have dismissed speculation insisting that the club were interested in re-signing Manchester City striker Stevan Jovetic in January.