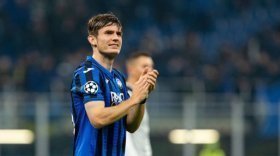 Chelsea may sign Dutch midfielder instead of Declan Rice

Chelsea could reportedly make an attempt to sign Marten de Roon from Atalanta when the transfer window reopens at the turn of the year.

Everton boss Ronald Koeman is reportedly eyeing a move for Middlesbrough midfielder Marten de Roon as he seeks to rebuild his squad ahead of next season.

Marten De Roon has completed a transfer move to newly promoted Middlesbrough. It is understood that Boro have spent a 16 million euro fee to land the Atalanta defensive midfielder.