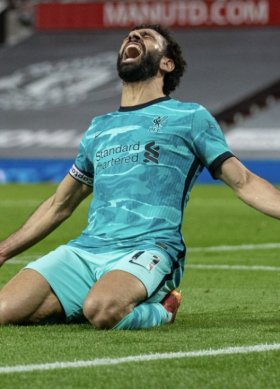 Next week Atletico Madrid take on Premier League side Liverpool hoping to follow up last season's victory over the Anfield giants with another European victory. Diego Simeone’s men have a depleted squad as they prepare to take on the former Premier League champions.

Both Liverpool and Arsenal have made perfect starts to their 2020/21 Premier League campaigns. Jurgen Klopp’s team beat Leeds United and Chelsea, while Mikel Arteta’s side won against Fulham and West Ham. All of which sets things up for a fascinating clash between the two ‘big six’ teams on Monday night.

Paris St Germain are ready to make a surprise move for Liverpool attacker Adam Lallana in the January transfer window, with a reported bid of £15 million being weighed up by the French giants. Lallana has found himself on the sidelines at Anfield in recent seasons.

After one of the most remarkable seasons in the English game, Manchester City will be hoping to hold off four European finalists in their bid for three successive Premier League titles. In addition to the four English clubs that contested the final of both major cup competitions on the continent, rivals Manchester United will also be hoping to stake a claim on the biggest prize in English football; the Premier League title.

The Power of Pre-Match Routines

After Man City have edged their way to the Premier League title ahead of Liverpool, both teams now still have two more games of their season to complete before the long slog is finally ever. Liverpool will take on Tottenham in the Champions League final, whilst Man City will play Watford in the FA Cup Final.

Liverpool star striker Mohamed Salah rejected a move to Real Madrid this summer in order to stay at Anfield.

Liverpool and Mohamed Salah have agreed terms on a new five year contract. The Egyptian international has signed a deal worth a reported £200,000 per week at Anfield, who will be delighted to have tied the talented player to a longer spell.

Egypt manager Hector Cuper has indicated that he did not want to take risks with Mohamed Salah during the Pharaohs' close 1-0 defeat to Uruguay in their opening game of Group A.

For all Liverpool fans, LFC’s storied history feels more and more ancient with each passing season.

Mo Salah has been a sensation this season as he made his Premier League return with Liverpool and currently sits top of the goalscoring charts, which is made even more impressive by the fact that he cost them just £34 million from Roma last summer. His performances have not gone unnoticed and now some of Europe's top club are preparing to make a move for the Egyptian, which could see him become the world's most expensive player.