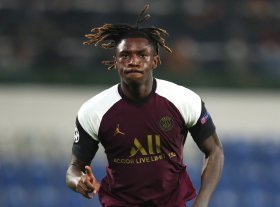 Serie A giants want to sign Alexandre Lacazette in January

Everton confirmed the signing of Venezuelan striker Salomon Rondon on a free transfer on deadline day.

Everton are prepared to part ways with Moise Kean this summer if any club meets the striker's £43m valuation.

Manchester United could attempt to sign Mauro Icardi, should Edinson Cavani head through the exit door this summer.

Juventus are looking at the prospect of re-signing Moise Kean from Everton during the summer transfer window.

Everton are ready to part company with Italian striker Moise Kean to Paris St Germain. The forward, who has been in fine form since his move to Ligue 1 on a loan deal, has bagged 8 goals in 12 games since his move to the club.

Everton striker could leave on loan to Serie A club

Everton striker Moise Kean could be permitted to make the temporary move to AS Roma when the transfer window reopens at the end of the season.