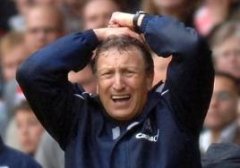 Pep Guardiola has described Sergio Aguero as a legend after his 300th game for Manchester City which came against Cardiff City on Saturday.

Cardiff City manager Neil Warnock has spoken about the prospect of taking Chelsea midfielder Ethan Ampadu on loan during the second half of the ongoing campaign.

Arsenal midfielder Aaron Ramsey has suggested that he is 'excited and optimistic' over his future under new Arsenal manager Unai Emery.

Arsenal's summer signing Lucas Torreira has stressed that he is clearly content at the north London side despite not making a league start for them under Unai Emery.

Premier League newcomers Cardiff City are leading the race to sign sign Didier Ndong from Sunderland, who will be plying their trade in League One next season.

Millers set to move for Stubbs

Fresh from ending their Scottish Cup drought last weekend, Hibernian are bracing themselves for an approach from Rotherham for manager Alan Stubbs. The bookmakers have slashed the odds on the 44-year-old Englishman taking the reigns at the New York Stadium following the departure of Neil Warnock. Stubbs has recently been linked with the managerial vacancies at Blackburn and former club Bolton and Hibs now face a fight to hold on to their promising young manager.

Crystal Palace are unlikely to allow striker Glenn Murray exit the club on loan, according to assistant manager Keith Millen.

Neil Warnock has been dismissed by Crystal Palace after the 3-1 defeat to Southampton yesterday. Former coach Tony Pulis is amongst the candidates for the vacant role.

Crystal Palace will make a loan move for Arsenal striker Yaya Sanogo in January, according to a report.