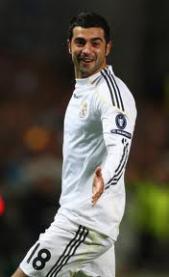 Napoli have reached an agreement with Roma to sign Kostas Manolas for a fee of 36 million euros. The Greek international centre-back, coveted by Arsenal, has signed a four-year contract with the Naples side.

Italian manager Maurizio Sarri is reportedly keen on signing three Napoli players once he is appointed as the new head coach at Chelsea.

Napoli set to make a bid for Arsenal's Olivier Giroud?

Napoli are looking to add on to Arsenal's misery as the Serie A club are currently preparing a bid for Olivier Giroud. After prising away Gonzalo Higuain from Arsenal, Napoli manager Rafael Benitez is now looking to tempt the Gunners with a high transfer bid to lure their French International striker Giroud away from the Emirates.

Napoli who have already signed the likes of Gonzalo Higuain, Jose Callejon and Raul Albiol from Real Madrid this summer, are still in need of an experienced International forward who could be the perfect foil to Higuain.

According to reports from  Gazzetta dello Sport , Napoli executives are set to meet representatives from the North London Club during the Emirates Cup.

FC Porto striker Jackson Martinez's agent has revealed that his client has agreed personal terms with Napoli but the Serie A club has to meet his buy out price.

Amid widespread reports linking Napoli with their prime target Jackson Martinez, the club is reportedly looking to place a bid for Barcelona winger Alexis Sanchez.

Napoli have confirmed their pursuit of Gonzalo Higuain and Leandro Damiao this transfer season. The club president, Aurelio De Laurentiis, admits that the club is holding negotiations to sign the South American duo.

The affluent Serie A side, Napoli, are reportedly all set to rival Premier League club Arsenal for the sign of Real Madrid’s hitman Gonzalo Higuain.

It is believed that Real Madrid’s Raul Albiol is close to sealing a move to Napoli. The player’s agent, Manolo Quilon, has admitted that the clubs have entered negotiations for his client and he is hopeful of a deal being struck in the next few days.

Real Madrid manager Jose Mourinho has rejected claims that he is looking to manage the Portuguese national team in the future.

Arsenal in for Raul Albiol?

According to several reports from Spain, Arsenal boss Arsene Wenger is considering a move for Real Madrid's centre back Raul Albiol.

UEFA have charged Real Madrid and Barcelona after their tempestuous Champions League semi-final at the Bernabeu last night, in which Madrid manager Jose Mourinho accused Barcelona of receiving favours from referee Wolfgang Stark.

The Spanish giants have secured the signature of Karim Benzema giving a shocking surprise to Man Utd who were supposed to sign him this week.

Real Madrid have reportedly agreed a £12 million fee with Valencia for the signature of star defender Raul Albiol. It is understood that Real will offer the Spain international a five year contract worth £90,000 per week.

Liverpool have made a £15m offer for Valencia winger David Silva. Rafael Benitez is keen to sign the 23 year old, but, Valencia are stalling on the offer.

Raul Albiol's agent has ruled out the rumours that his client could be making a move away from Valencia to Arsenal; insisting that no discussions have ever taken place with the club.

Santi Cazorla, Ruben de la Red and Sergio Garcia are among some of the surprises in the Euro 2008 squad for Spain, as Real Madrid legend Raul and Bojan both failed to make Luis Aragones' squad for the tournament.