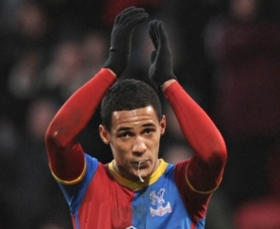 Thomas Ince is reportedly closing in a summer move to Hull City, according to a report.

Crystal Palace have completed the signing of Blackpool winger Thomas Ince from Blackpool on loan for the rest of the season.

Thomas Ince in talks with Monaco?

Blackpool's Thomas Ince has apparently held talks with Monaco over a possible move to the French Ligue 1 next summer.

Swansea City are understood to be preparing a move for Anthony Pilkington during the winter transfer window.

Everton have reportedly joined the race to acquire the services of Blackpool winger Thomas Ince at the end of the season, according to the Liverpool Echo.

Swansea City are reportedly eyeing a move for Blackpool winger Thomas Ince, after chairman Huw Jenkins revealed of the club's intentions of making a bid for the player in January.

Newcastle United will reportedly make a bid to sign Blackpool forward Thomas Ince when the transfer window reopens in January.

Blackpool's attacking midfielder Thomas Ince expressed his desire to play in the Premier League in the future, but he also admitted his delight to be with the Championship side according to The Daily Star.

The 21-year-old has been reportedly linked with a move to the Premier League this summer with newcomers Cardiff City who had £8m bid accepted for the winger.

Blackpool midfielder Thomas Ince has turned down a move to Cardiff City. The talented youngster has been pursued by several Premier League clubs but the Bluebirds were reportedly in pole position to secure his signing.