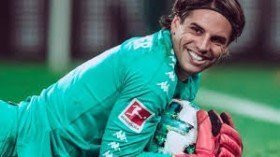 Manchester United are ready to replace David de Gea with Yann Sommer at the end of the current campaign.

Manchester United are planning a late spending spree before the transfer window closes on September 1.

Arsenal goalkeeper Petr Cech has stressed that he is prepared to fight for the number one role next season despite the summer arrival of Bernd Leno.

Roma sporting director Monchi is reportedly keen on securing the services of Arsenal goalkeeper Petr Cech after they sanctioned the record sale of Alisson Becker to Liverpool.

Arsenal are reportedly in talks with Borussia Monchengladbach to sign goalkeeper Yann Sommer.