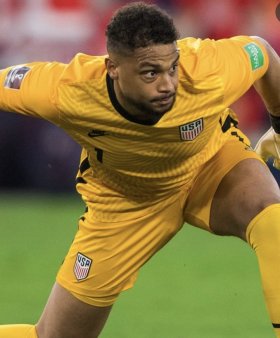 Arminia Bielefeld goalkeeper Stefan Ortega will sign for Man City tomorrow, on a free transfer deal that will see the keeper fill in as number 2 to current first choice shot stopper Ederson. The 29-year-old will sign a two year contract at the Etihad Stadium.

USA international goalkeeper Zack Steffen is all set to depart Manchester City in pursuit of regular first team action at Championship side Middlesbrough. In a World Cup year, Steffen is keen to display his goalkeeping prowess on a regular basis and is concerned that staying at the Cityzens is likely to hinder his opportunity of a starting spot for his country's national side.

Arsenal forward Gabriel Martinelli has assured fans that he is fit ahead of the upcoming Premier League clash against Chelsea.