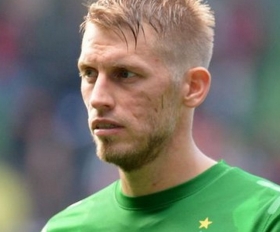 Wolfsburg in for Podolski

German international Lukas Podolski is inching closer to an Arsenal exit, after Wolfsburg join the race to sign the forward.

Aaron Hunt to leave Werder Bremen in the summer

German forward Aaron Hunt has told his current club, Werder Bremen, that he will be looking for a move in the summer after reject the Bundesliga side's final contract offer.

Germany international striker Aaron Hunt is a surprise target for Stoke City. The player, who has been with Werder Bremen since 2001, has been told he is free to leave the Bundesliga side.

Werder Bremen kept their Champions League hopes alive tonight thanks to a 3-2 defeat of Real Madrid in Germany. Los Merengues backline was in a state of disarray as they conceeded some shocking goals.