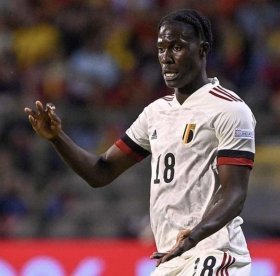 Conor Coady on his way to Everton

Conor Coady is reported to be a target for Everton, as the Premier League side seek to bolster their defence for the new season that started last weekend. According to journalist Fabrizio Romano, Everton have already agreed a fee with Wolverhampton Wanderers' captain, and Coady is set to travel to Liverpool to thrash out personal terms with the Goodison Park outfit on Tuesday.

West Ham and Liverpool to do battle for Lille midfielder

Both Liverpool and West Ham have made transfer offers for Lille midfielder Amadou Onana, with the player ready to weigh up offers from both Premier League sides. It is understood that West Ham are ready to guarantee first-team football to Onana, whilst Liverpool see the player as a backup and hot prospect for the future.

Arsenal are not looking to sign Leicester City midfielder Youri Tielemans despite the speculation in recent weeks.