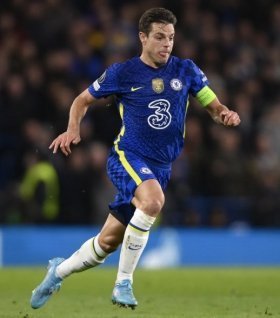 New untouchable emerges for Chelsea as a famous Cesar Azpilicueta trick is repeated
... m looking forward to returning to the pitch and seeing you all at Kingsmeadow and Stamford Bridge." There was no firm date set for Berger's ...
26/09 06:00

Manchester United are in advanced negotiations with Barcelona over Sergino Dest, according to Sport.

Manchester United defender Aaron Wan-Bissaka has emerged as a potential option to bolster the right-back department for Barcelona.

Barcelona have joined Real Betis in the hunt to sign Arsenal defender Hector Bellerin on a free transfer this summer.

Inter Milan are expecting Chelsea to make a formal approach to sign Denzel Dumfries in the coming days.

Cesar Azpilicueta had been expected to make the move from Premier League side Chelsea to Barcelona this summer, but at the last minute the club captain opted to stay at Stamford Bridge. Azpi has now revealed the reasons why he decided not to move to the Nou Camp in an in-depth interview.

Barcelona defender Sergino Dest has no plans of leaving the club amid reported interest from Manchester United this summer.