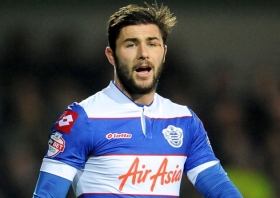 'I laughed in his face' - Charlie Austin reveals Lucas Digne spat in Everton clash
little giggle to myself and I didn’t mind it.” Must-read Everton FC news Sadly for Everton and the full-back, Austin had the last laugh and
24/09 07:36

Forward Danny Ings is hoping to rejuvenate his injury-ravaged career with a loan transfer to Premier League rivals Southampton from Liverpool. The England international, who has found his first-team opportunities limited since his move from Burnley to Anfield, has decided to make a temporary move to the south coast.

Crystal Palace are reportedly prepared to offer an escape route to Jay Rodriguez who has struggled to cement a regular starting role at Southampton.

Premier League side Southampton are reported to have agreed on a transfer sum to sign Napoli striker Manolo Gabbiadini. The Italy international was previously a target for both Everton and Leicester City.

Lucas Perez looking for way out of Arsenal?

Arsenal striker Lucas Perez is reportedly eyeing a fresh challenge elsewhere following his lack of playing time at the Emirates this season. The Spaniard joined the Gunners from Deportivo La Coruna for £17.1m in the summer.

Hull City manager Mike Phelan has admitted that his side are looking at the possibility of signing Southampton striker Jay Rodriguez in the New Year.

Sunderland could lodge an attempt to sign Shane Long when the transfer window reopens in January. The Republic of Ireland international has failed to make a mark under Claude Puel this season.

West Bromwich Albion have earmarked Southampton's Jay Rodriguez as the ideal player to bolster their forward ranks. The England international has barely featured for the Saints over the past year.

Southampton will reportedly listen to offers for Graziano Pelle following the arrival of Charlie Austin from Queens Park Rangers.

Southampton have reportedly rebuffed an offer from Liverpool for Shane Long.

Galatasaray in for Charlie Austin?

Crystal Palace to bid for Austin

Newcastle could make a bid for QPR striker Charlie Austin in the January transfer window. The Toon Army's manager Steve McLaren is hopeful that a deal can be wrapped up in the first week of the new year.