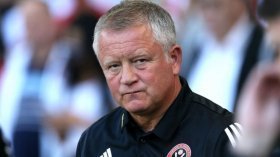 USA international goalkeeper Zack Steffen is all set to depart Manchester City in pursuit of regular first team action at Championship side Middlesbrough. In a World Cup year, Steffen is keen to display his goalkeeping prowess on a regular basis and is concerned that staying at the Cityzens is likely to hinder his opportunity of a starting spot for his country's national side.

When Sheffield United finished an impressive ninth on their return to the Premier League in 2019-20 season, not many people would have predicted Chris Wilder’s men to be relegated just one year on. But the Blades finished rock bottom with a disappointing 23 points — almost half the number of points they racked up the season before.

Jesse Lingard on his way to Sheffield United?

According to Manchester Evening News, Jesse Lingard could make the temporary switch to Sheffield United during the January transfer window.

Sheffield United have secured a major coup in the signing of Rhian Brewster from Liverpool this afternoon, with the talented forward penning a contract with the Blades until 2025. Sheff Utd have paid a reported £23.5 million to snap up the striker, who is seen as one of England's best young players.

Sheffield United manager Chris Wilder has confirmed that the club are interested in landing the services of Arsenal graduate Folarin Balogun.

Sheffield United have confirmed the signing of Ethan Ampadu on a season-long loan from Chelsea.

Chelsea and Wales defender Ethan Ampadu is near completing a loan move to fellow Premier League side Sheffield United for the upcoming campaign.