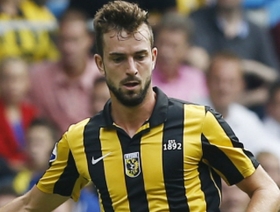 Brighton and Hove Albion are set to break their transfer record for a third time this summer by completing the £13.5 million signing of Jose Izquierdo from Club Brugge, which could rise to £16 million.

Premier League new boys Brighton and Hove Albion have broken their transfer record by signing PSV Eindhoven midfielder Davy Propper on a four-year contract for a fee believed to be in the region of £6 million.

Crystal Palace have made a transfer bid for Vitesse Arnhem's midfield starlet Davy Propper. The 23-year-old can reportedly leave the club for a fee of around 5.5 million euros.