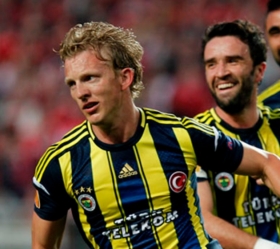 ‘They will win the league next year’: Tony Adams & Dirk Kuyt make Liverpool transfer claim
-changing. And it will be interesting to see how those in the Anfield boardroom tackle the summer transfer window. Kuyt made it clear that
05/04 20:00

Feyenoord striker Dirk Kuyt has insisted that he has no desire to make a move to Barcelona in the winter transfer window.

Manchester United striker Robin van Persie is reportedly keen on a summer move to Fenerbahce, according to The Star.

Southampton could make a January move for Fenerbahce striker Dirk Kuyt in the upcoming transfer window.

Manchester United boss Louis Van Gaal is reportedly set to make a surprise move for Fenerbahce striker Dirk Kuyt during the summer transfer window, according to The Mail.

Cardiff City are hopeful that they can agree a deal with Dutch striker Dirk Kuyt for his transfer. The player is currently at Fenerbahce where he joined from Liverpool.

Fenerbahce have completed the signing of Liverpool striker Dirk Kuyt for a fee of around 700,000 GBP. The player has put pen to paper on a three year contract at Anfield, earning a reported 2.2m GBP per year in Turkey.

Feyenoord have entered the race to sign Dutch international striker Dirk Kuyt, who looks set to quit Liverpool in favour of a return to his homeland once the current Premier League season is over.

Liverpool have already begun their preparations for a busy transfer window, and have made contact with PSV Eindhoven regarding a move for Belgian international winger Dries Mertens.

A majestic 92nd minute goal from Dutchman Robin van Persie ensured that Arsenal would win their fourth consecutive Premier League match, as the Gunners came back from behind to beat Liverpool 2-1 at Anfield yesterday.

Arsenal goalkeeping hero Wojciech Szczesny put in a match winning performance at Liverpool yesterday afternoon, as the Polish goalkeeper made a string of fine saves and kept out a Dirk Kuyt penalty. The Polish stopper admitted that Arsenal were lucky to come home with all 3 points.

Liverpool midfielder Steven Gerrard has praised the club's fans for the role that they played in yesterday's 2-1 victory over arch rivals Man Utd in the FA Cup. Two goals from Dutch striker Dirk Kuyt ensured their progress into the next round.

Liverpool's attempts to dispose of out of form striker Andy Carroll seem to have taken another surprise twist, as the Daily Mirror reports on Sunday that Newcastle have been offered back their former striker as one part of a part exchange deal for Senegal international striker Demba Ba.

Liverpool will return to Wembley for the first time in 16 years, after the Citizens secured a 3-2 aggregate victory over Premier League rivals Manchester City last night. Former City striker Craig Bellamy was the hero, as he scored the late leveller to put the Reds in the final.

Liverpool manager Kenny Dalglish is planning a January bid for Jermain Defoe. The unsettled Tottenham striker is desperate for regular first team action prior to Euro 2012 and could leave White Hart Lane for Anfield before the end of the transfer window.

Turkish giants Galatasaray are planning to test the resolve of Liverpool with a 5m GBP bid for Dutch international Dirk Kuyt this month. The forward has found first team opportunities quite limited this year, and is considering a move away from Anfield.

Seventh placed Liverpool will host twelth placed Queens Park Rangers today, as Liverpool prepare for the arrival of the London club to Anfield, wary of their poor record against clubs in the bottom half of the league table.

Liverpool to move for Adam Johnson

Liverpool are looking to sign Manchester City winger Adam Johnson in January after reports emerged that the player is unhappy with his lack of playing time at the Etihad Stadium.