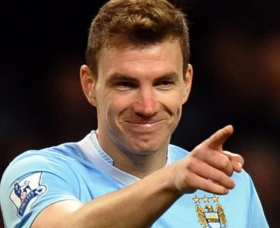 Chelsea forward Tammy Abraham has agreed terms with Serie A side AS Roma, and will fly to Italy this morning to have a medical and complete a transfer on Monday. Abraham has been told he can leave Stamford Bridge.

Arsenal have agreed personal terms with Lautaro Martinez as they look to sign him ahead of Tottenham Hotspur.

Tottenham Hotspur have made a formal bid of around £60m for Arsenal target and Inter Milan striker Lautaro Martinez.

Arsenal appear to have edged closer to a deal for Chelsea striker Tammy Abraham, after trumping Roma's most recent bid for the forward. Abraham is reportedly keen to stay in England.

Inter Milan are looking to sign Anthony Martial as a replacement for Romelu Lukaku, who is expected to join Chelsea.

Serie A giants Roma are interested in signing Arsenal striker Alexandre Lacazette, a report from The Mirror claims.

Arsenal to compete with Aston Villa for Celtic striker

Arsenal could compete with the likes of Aston Villa and Leicester City in the race to sign Odsonne Edouard during the summer transfer window.

Manchester United have reportedly been offered the chance to sign AS Roma striker Edin Dzeko this month.