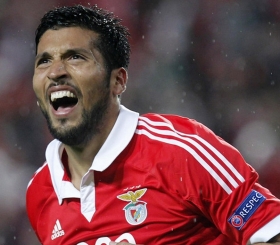 Liverpool have reportedly been offered the chance to sign Argentine defender Ezequiel Garay, who is currently a free-agent.

Argentine centre-back Ezequiel Garay has emerged as a potential option for Liverpool as they look to find cover in the injury absence of Virgil van Dijk.

Valencia centre-half Ezequiel Garay has revealed he snubbed an approach from Chelsea during the previous transfer window. The Argentine joined the Spanish outfit from Zenit St. Petersburg on August 31.

Eliaquim Mangala set for medical ahead of Valencia loan

Manchester City defender Eliaquim Mangala is in Valencia to undergo a medical ahead of a season long loan switch to Valencia, according to reports.

New Manchester United manager José Mourinho has drawn up a four-man shortlist of defensive targets, as he turns his attention to strengthening the Red Devils' back line, according to reports.

Italian defender Matteo Darmian is unlikely to leave Manchester United this summer, according to reports in Italy.

Arsenal will fight it out with Manchester United for the services of Zenit St.Petersburg defender Ezequiel Garay.

Manchester United will make a bid of around £12m to bring Stoke City defender Ryan Shawcross back to Old Trafford in January, The Star reports.

Argentinian centre back Nicolas Otamendi today completed a move from Portuguese side Porto to Valencia. The defender joined for a reported 13 million Euros.

Manchester United are reportedly closing in on signature of Benfica defender Ezequiel Garay, according to the Mirror.