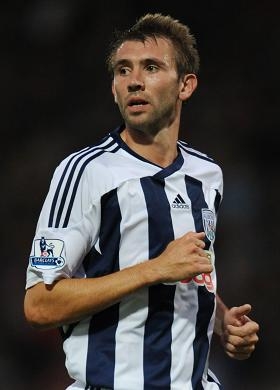 Gareth McAuley: Larne have the ability and the know how to get the job Dane in Aarhus this week
to Bail out of Burnley Bailey Peacock-Farrell needs to cut his losses and make the move away from Burnley.
25/07 02:17

West Bromwich Albion are reportedly lining up a contract offer for John Terry, who is available on a free transfer in the summer.

West Bromwich Albion Tony Pulis could move in for the services of Middlesbrough defender Ben Gibson after having watched him in action during Boro's 3-0 defeat at the hands of Chelsea.

West Bromwich Albion boss Tony Pulis admits his side may have to part ways with defender Jonny Evans, should a big-money offer come by in the summer transfer window.

West Bromwich Albion boss Tony Pulis has hinted that he could be forced to dip into the transfer market following a calf problem to Jonny Evans.

Swansea City will reportedly make a summer approach for West Bromwich Albion defender James Chester. The Wales international joined the Baggies from Hull City last summer with a view to earning a regular role in the first-team.

West Bromwich Albion defender Gareth McAuley has signed a new deal to keep him at the club for next season.

Chelsea manager Andre Villas-Boas seemed to hint that time is running out for him as manager at Stamford Bridge, after watching his side slump to a 1-0 defeat to West Bromwich Albion at the Hawthorns yesterday afternoon.