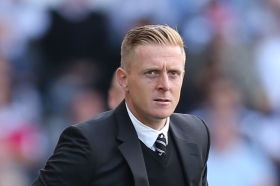 "It was a surprise he left.." The expert Middlesbrough view on Sheffield Wednesday target Marvin Johnson
Boro in 2017 when the club spent heavily following relegation from the Premier League and the appointment of Garry Monk. After Monk was
30/07 17:06

Championship regulars Leeds United are planning an approach to sign Liverpool striker Danny Ings in the New Year. The former Burnley man has struggled to make an impact at Anfield with multiple knee injuries hampering his progress.

Championship side Middlesbrough have sealed the services of Ashley Fletcher from West Ham United on a four-year deal. The former Manchester United graduate managed 354 minutes of top-flight football under Slaven Bilic last season.

Middlesbrough have agreed 'a deal in principle' with West Ham United to secure the signing of goalkeeper Darren Randolph this summer.

Newcastle set to move for Traore

Newcastle United are believed to be in negotiations with local rivals Middlesbrough over the signing of Spanish winger Adama Traore.

Brighton and Hove Albion are leading the race to sign former England international Stewart Downing on a free transfer from recently relegated Middlesbrough.

After leaving Hull City following their relegation from the Premier League and being linked with several clubs ever since, the future of Marco Silva has now been decided. Silva will take charge of Watford, who have been without a manager since the dismissal of Walter Mazzarri.

Former Middlesbrough manager Aitor Karanka has emerged as a top candidate to take over the hot seat at Leeds United following Garry Monk's surprise resignation earlier in the week.

Although the end of the Premier League season has only just arrived, planning for next season is already underway for Middlesbrough, as they plot a return to the top flight following their relegation.

Leeds United striker on the move?

Leeds United Chris Wood is the subject of Premier League interest with the likes of West Ham United, Southampton and Stoke City vying for his services.

Premier League club Burnley will reportedly step up their interest in Leeds United defender Kyle Bartley, should Michael Keane part ways with the club in the summer transfer window.

England international Jonjo Shelvey could be heading out of Swansea City in January following an alleged row with club chairman Huw Jenkins.

Swansea City are eager to land Ryan Giggs as their next manager, sources reveal.

Brendan Rodgers has been tipped to return to management with former club Swansea City, The Express reveals.

Swansea City are reportedly monitoring the progress of Leeds United star Sam Byram with the view to a January offer for his services.