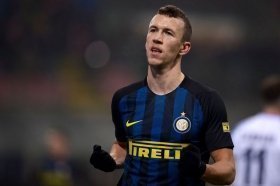 Tottenham Hotspur: BBC pundit left stunned by Ivan Perisic’s goal for Croatia
... s a big player and obviously, we see him week-in, week-out in the Premier League, but this is a powerful header, because he’s what, about 14 ...
06/12 20:15

Tottenham on the verge of signing Arsenal target

Chelsea in pole position to land Serie A wing-back?

Chelsea have reportedly agreed personal terms with Inter Milan star Ivan Perisic ahead of a free transfer this summer.

Everton and West Ham United in for World Cup finalist?

Everton and West Ham United have been credited with an interest in signing Inter Milan winger Ivan Perisic next summer.

Inter Milan are looking to sign Anthony Martial as a replacement for Romelu Lukaku, who is expected to join Chelsea.