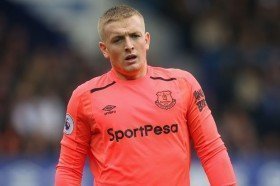 Juventus to sign Manchester United star on a free transfer?

Chelsea boss Thomas Tuchel has explained the reason behind Romelu Lukaku sitting on the bench against Everton.

Manchester United will reportedly consider parting ways with either David De Gea or Dean Henderson when the transfer window reopens.

Dean Henderson heading out on loan?

Manchester United are reportedly open to the prospect of loaning out Dean Henderson during the backend of the campaign.

Everton manager Carlo Ancelotti has confirmed that Jordan Pickford will start in goal when the Toffees host Manchester United in the Premier League on Saturday.