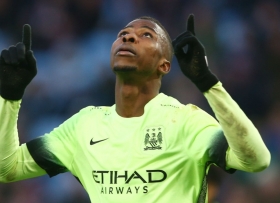 Leicester City are tracking Argentina international forward Nico Gonzalez in a £40 million deal from Serie A giants Fiorentina. Gonzalez did not make the cut for Argentina's World Cup winning squad having sustained an injury three days prior to the tournament, but is still considered a very important member of the country's international setup.

Leicester City have beaten the likes of Chelsea and Liverpool in the race to sign Patson Daka this summer.

Leicester City could compete with Liverpool and Chelsea for the signature of Red Bull Salzburg striker Patson Daka.

Leicester City have emerged as fresh contenders to land the signature of Tammy Abraham from Chelsea this summer.

Arsenal are set to face competition from West Ham United in the pursuit of Celtic striker Odsonne Edouard.

West Ham United are reportedly ahead of Manchester United in the race to sign Sevilla striker Youssef En-Nesyri.

RB Leipzig are looking to sign Liverpool striker Divock Origi on loan for the rest of the season, Sport Bild claims.