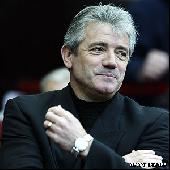 Liverpool legend Kevin Keegan has slammed striker Andy Carroll, and claimed that the former Newcastle man is not worth anywhere near the £35 million that the Reds paid for him.

Taylor: give Kinnear the job

Newcastle defender Steven Taylor has called on the Newcastle board to offer Joe Kinnear the full time job in order to generate some stability at the troubled Tyneside club.

Newcastle interim manager Joe Kinnear has revealed that the club has no intention of selling England international striker Michael Owen in the January transfer window. Tottenham are rumoured to be interested in the forward.

Newcastle are reportedly considering Alan Curbishley. The former West Ham United boss is apparently interested in the role himself, and eager to get back in to Premiership football.

Apparently, Kevin Keegan and Mike Ashley last night held surprise reconciliation talks - which seemed to fail - despite the efforts of the club to persuade Kevin Keegan to return to Newcastle.

Toon in trouble as Poyet pulls out

Leading candidate Gus Poyet has ruled himself out of the running to become Newcastle boss leaving the St James’ Park top brass scratching their heads.

It is understood that Tottenham coach Juande Ramos' assistant, Gus Poyet, is on the brink of completing a move to Newcastle United to replace Kevin Keegan, and link up with old friend and team mtae Dennis Wise at St. James' Park.