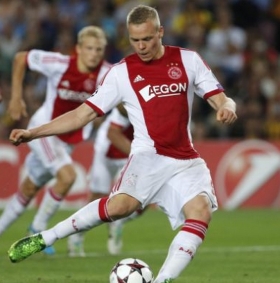 Swansea City will look to sign Icelandic international striker Kolbeinn Sigthorsson from Ajax this month as a replacement for Wilfried Bony, who will complete a transfer from the Swans to Man City.

Ferdinand to QPR a done deal?

Queens Park Rangers will look to complete their move for Rio Ferdinand on a free transfer this week.

Ajax striker Danny Hoesen has completed his loan move to Greek club PAOK. The Club will have an option to sign the player permanently from Ajax come the summer.

Iceland striker Kolbeinn Sigthorsson will not be leaving Ajax for championship side Queens Park Rangers this month.