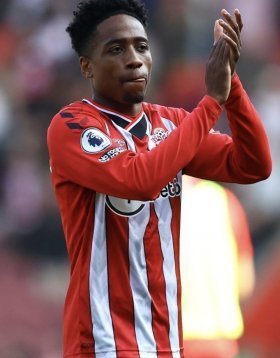 Reece James out of World Cup with knee injury

Chelsea have suffered a massive injury blow with Reece James ruled out for up to eight weeks, according to The Telegraph.

Chelsea manager Graham Potter has confirmed a triple injury blow ahead of the Premier League clash against Aston Villa on Sunday.

Everton have contacted Southampton regarding the availability of full-back Kyle Walker-Peters, as the Toffees look set to table a £30 million bid for the ex-Tottenham defender. Walker-Peters has impressed since completing a permanent move to the South Coast, and it is understood a deal could be reached to move away from Southampton before the end of July.

Tottenham Hotspur have confirmed their first signing of the summer transfer window with Pierre-Emile Hojbjerg joining them from Southampton.

Tottenham Hotspur have reportedly reached an agreement with Southampton for the signing of midfielder Pierre-Emile Højbjerg.

Barcelona defender Nelson Semedo is reportedly said to favour a move to the Premier League with Manchester City during the summer transfer window.

Manchester City are reportedly leading the race to sign Nelson Semedo from Barcelona during this summer's transfer window.

What next for City after their ban?

Last week, Man City received the news of a two year European football ban for alleged “serious breaches” of UEFA’s financial fair play rules. Alongside the ban, City receive a large financial hit with a fine of 30 million euros and, despite City’s right to appeal the ruling, the club now look set to lose some of the top stars at the club who seek regular Euroepan football.

Tottenham Hotspur have been urged by the fans to recruit Noussair Mazraoui. The fans want Spurs to pick up the Ajax Amsterdam player as they think the club still have to strengthen their defence.