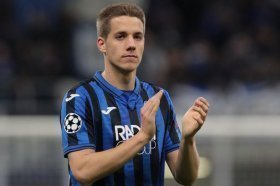 Chelsea could reportedly use the funds raised from player sales to sanction the transfer of Kai Havertz from Bayer Leverkusen this summer.

Chelsea confirm transfer of Croatian star to Serie A club

Chelsea have announced the permanent departure of Mario Pasalic to Atalanta BC after the Serie A side triggered the buy option in his contract.

Croatian midfielder Mario Pasalic is set to leave Chelsea on a permanent basis with Atalanta due to trigger the buy-clause in his loan contract.

Mario Pasalic is reportedly set to leave Chelsea on a permanent basis in the next transfer window.

Chelsea has confirmed that Mario Pasalic will be spending next season with La Liga side Elche, who finished just above the relegation zone in La Liga last season.

Chelsea have wrapped up a deal to sign Croatian midfielder Mario Pasalic. The teenage starlet has signed a four year contract with the Blues and arrives from Hajduk Split.