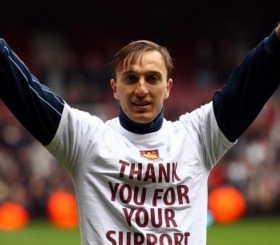 West Ham manager David Moyes is reportedly desperate to keep hold of midfielder Declan Rice, despite Premier League giants Chelsea chasing the England international. Moyes has informed the youngster that he would like the player to stay put this season.

Five Premier League Prospects That Will Attract Attention This Summer

90’s legendary TV show Supermarket Sweep may be gone,  but it’s certainly not forgotten. West Ham first-team stars Mark Noble, Michail Antonio and Aaron Cresswell have helped to bring the game back to life when working together with three excitable West Ham fans in order to win fantastic prizes.