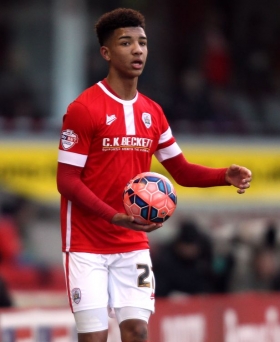 Everton evening headlines as Mason Holgate praises Ronald Koeman impact
for updates on the 2020/21 campaign, and indeed the current Premier League season, plenty have been speculating about what the...
22/05 17:15

Sheffield United manager Chris Wilder has discussed his plans for the January transfer window, with the high-flying Premier League outfit set to spend big. Wilder has brought about incredible form for Sheff Utd particularly this season and it is understood that at least two new faces will be arriving at Bramall Lane.

Everton close in on Cuco Martina

Everton boss Ronald Koeman is keen on a reunion with defender Cuco Martina, who is currently out of contract following his release from Southampton.

Everton have acquired the services of striker Leandro Rodriguez from Uruguayan side River Plate for an undisclosed fee.

Everton have completed the signing of Barnsley teenager Mason Holgate for an undisclosed fee.

Everton close in on Mason Holgate

Everton are closing in on the signing of young defender Mason Holgate from Barnsley, according to reports.