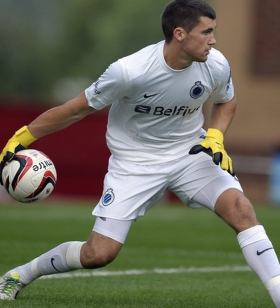 Manchester United have reportedly earmarked Brighton & Hove Albion goalkeeper Mathew Ryan as a probable replacement for David de Gea, should the Spaniard continue with his contract standoff with the club.

Brighton and Hove Albion are set to break their transfer record for a third time this summer by completing the £13.5 million signing of Jose Izquierdo from Club Brugge, which could rise to £16 million.

Premier League new boys Brighton and Hove Albion have broken their transfer record by signing PSV Eindhoven midfielder Davy Propper on a four-year contract for a fee believed to be in the region of £6 million.

Brighton and Hove Albion will be a Premier League team next season, and they are lining up new signings to make sure that they are prepared for it. Current goalkeeper David Stockdale looks set to leave, and The Seagulls are lining up a replacement from La Liga side Valencia.

Liverpool in for Mathew Ryan?

Liverpool are considering a move for Australia's number one Mathew Ryan, according to a report.

Liverpool scouts have been monitoring the progress of Australian goalkeeper Mathew Ryan. The 22-year-old currently plays in Belgium for Club Brugge as their first choice shot stopper.