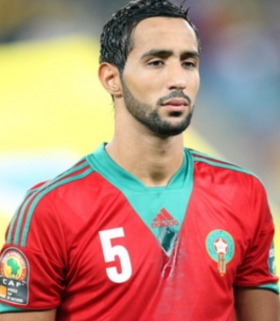 Mehdi Benatia reveals reason why he rejected Manchester United move
atmosphere’. The 31-year-old joined Qatari side Al-Duhail in the January transfer window in an €8 million (£7m) deal. But before his move,
07/02 09:14

Denmark international Andreas Christensen could pursue a fresh challenge away from Chelsea this month with both Juventus and Borussia Dortmund preparing bids for his signature.

Fulham to compete with Arsenal for Serie A defender?

Fulham have reportedly put their name into the hat to acquire the signature of reported Arsenal target and Juventus defender Mehdi Benatia.

Arsenal are reportedly set to compete with the likes of Marseille and Borussia Dortmund in the pursuit of Juventus defender Mehdi Benatia.

After much speculation, Douglas Costa has finally signed for Italian club Juventus and will complete his medical this week before being officially unveiled.

Following news about Dani Alves possibly moving to Manchester City, the Brazilian has added fuel to the speculation by openly talking about his admiration for Pep Guardiola.

Antonio Conte has reportedly launched a bid of €60 million to bring Juventus left-back Alex Sandro to Stamford Bridge next season.

Marco Verratti has informed PSG that he wants to leave the club in the summer, with Italian champions Juventus being the likely destination.

Serie A holders Juventus are planning to offer an escape route to Renato Sanches just a year after he signed for Bayern Munich.

Paul Pogba has flown in to Manchester today to complete a medical ahead of a world record move to Manchester United, but the process could yet take two to three days, according to reports.

Arsenal have joined the long line of clubs ready to make an offer to sign Juventus defender Daniele Rugani, according to reports in Italy.

Italian champions Juventus are close to agreeing a deal to sign Mehdi Benatia from Bayern Munich, according to reports in the Italian media.

Bayern Munich centre-back Mehdi Benatia is closing in on a move to Juventus, Italian source Tuttosport reveals. The Moroccan has been tipped to leave the Bavarian giants following his lack of playing time during the 2015/16 campaign.

Moroccan international Mehdi Benatia is eager to rejoin Roma and end his nightmare spell at Bayern Munich.The 29-year-old has been tipped to leave the Allianz Arena after he failed to cement a regular starting spot.

Arsenal have emerged as surprise candidates to land Bayern Munich's Moroccan defender Mehdi Benatia. The 29-year-old has been tipped to leave the Bavarian giants in the summer after he failed to cement a regular role in the club's backline.

Juventus to bid for Benatia

Juventus are expected to make a formal approach for Bayern Munich defender Mehdi Benatia, according to reports.