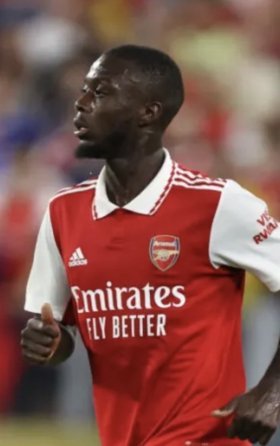 Arsenal and Liverpool to move for Real Madrid star?

Arsenal and Liverpool could compete for the services of Real Madrid star Marco Asensio during the January transfer window.

Arsenal have allowed Ivory Coast international Nicolas Pepe to leave on loan. The club's record transfer signing will move back to Ligue 1 and sign for Nice.

Nice have agreed a loan transfer deal to sign former Lille midfielder Nicolas Pepe on loan from Arsenal for the 2022-23 season, with a deal set to be announced before the weekend. The Ivory Coast international has been informed that he is no longer needed by the club, and can leave on a temporary basis.

Arsenal winger on his way to Ligue 1 club?

Arsenal winger Nicolas Pepe could be on his way to Nice on a season-long loan, according to French publication L'Equipe.

Exclusive: Nicolas Pepe is set to depart Arsenal this summer, with Leeds United his likely next destination. The Ivory Coast forward has struggled at the Emirates since a club record transfer from French side Lille, and Pepe is looking to make a move elsewhere to kickstart his struggling Premier League career.

Liverpool are not interested in signing Real Madrid forward Marco Asensio this summer, according to Sport.