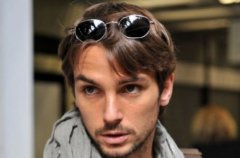 Niko Kranjcar: The truth is I had a love-hate relationship with Harry Redknapp at Portsmouth, Spurs and QPR
our Pompey coverage. You can subscribe here to get the latest news and transfer updates from Fratton Park - and to support our ...
12/10 12:00

QPR have made three loan signings on transfer deadline day, with Niko Kranjcar, Tom Carroll and Benoit Assou-Ekotto all moving to Loftus Road. All three played under Harry Redknapp at Tottenham when he was Spurs' manager.

CSKA Moscow have made an offer for wantaway attacking midfielder Niko Kranjcar. The Croatian international has decided that he will be better off leaving the Premier League in favour of a move abroad; as Spurs will not sell the talented midfielder to a Premier League rival.

Italian side Fiorentina want to sign Croatian midfielder Niko Kranjcar. The midfielder has found his first team opportunities limited this year, as Tottenham's all star midfield continue to keep Kranjcar on the sidelines.

A surprising Europa League defeat to Greek minnows PAOK Salonika in midweek put the breaks on Tottenham's stunning start to the season, but White Hart Lane will be in full voice for the visit of Bolton today, with Spurs hoping to leapfrog Man Utd into 2nd place in the Premier League.

Tottenham have made a sensational U-turn and decided that Niko Kranjcar will be staying put this year. Sunderland had been linked with a 6.5m GBP move for the attacking midfielder.

Kranjcar closes in on Sunderland move

Niko Kranjcar is close to completing a move from Tottenham to Sunderland for a fee of around 5m GBP. Kranjcar has found opportunities limited at White Hart Lane since the arrival of Rafael van der Vaart and emergence of Gareth Bale.

Niko Kranjcar has declared that the current price Spurs are demanding for his signature is far too high. Tottenham value the player in the region of 12m GBP.

Newcastle striker Alan Pardew is hoping to bring at least two more players to St James Park for the 2011-2012 season.

The agent of Niko Kranjcar is waiting to hear from Tottenham. The Croatian wants to know if he is in the first team plans of Spurs for next season.

Aston Villa boss Alex McLeish is ready to sit down and discuss a deal for Croatian international midfielder Niko Kranjcar. The player, valued in the region of 8m by Tottenham, has grown increasingly frustrated with lack of first team games at White Hart Lane.

There have been rumours that Arsenal have made a last minute January transfer deadline offer for Portsmouth's talented Croatian international midfielder Niko Kranjcar.

Portsmouth boss Tony Adams is desperate to keep Croatia international Niko Kranjcar at the club; despite the interest in Tottenham and Harry Redknapp in the player.

Portsmouth midfielder Niko Kranjcar has called on the club to show its ambition again and make a move for more big names. Pompey are apparently set to have a quiet January transfer window.

Younes Kaboul is eager for his Portsmouth team mates to stay at the club. It is understood that Tottenham, and former coach Harry Redknapp, is sniffing around some of Pompey's best talents with regard to making a January transfer offer.

Tottenham are reportedly considering a move for Portsmouth's Croatian midfielder Niko Kranjcar. It is understood that Harry Redknapp may be planning a raid on his old club.

Kranjcar and Diarra to stay

Portsmouth boss Harry Redknapp has rejected the rumours that Niko Kranjcar and Lassana Diarra could be set to leave the club and he is keen to keep the pair both at the club.

Martin O'Neill has revealed that he is in the market for creative players for next season. Niko Kranjcar and Andres D'Alessandro have been linked with a move to Aston Villa in recent weeks.

Kranjcar to stay at Portsmouth

Croatian midfielder Niko Kranjcar has revealed that he has no intentions of leaving Pompey despite the interest of a number of clubs - including Arsenal and Liverpool. Kranjcar was delighted after Portsmouth secured their FA Cup success.

Peter Crouch and Niko Kranjcar could be heading in the opposite direction as there have been rumours this morning of a potential cash plus player move between Liverpool and Portsmouth.