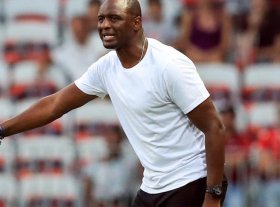 Wilfried Zaha could be an Arsenal player come January

Arsenal are considering a move for Crystal Palace winger Wilfried Zaha as the Ivory Coast international contemplates life after the Eagles. Zaha has dedicated the vast majority of his career to Palace, and with just six months remaining on his current deal, the forward is now considering his next career move.

Crystal Palace have not given up on signing Chelsea star

Crystal Palace have not given up on re-signing Conor Gallagher on a permanent basis from Chelsea, according to The Sun.

Sam Johnstone will move to Crystal Palace on a free transfer tomorrow, having signed a contract with the Eagles this afternoon. Johnstone will leave West Bromwich Albion at the expiry of his contract on Friday, after WBA were unable to persuade the goalkeeper to stay with the club.

Crystal Palace have been linked with a surprise move for Nicolas Pepe ahead of the January transfer window.