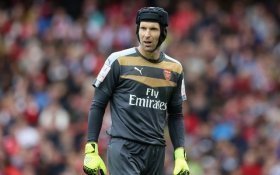 Chelsea are reportedly close to landing the signature of Rennes goalkeeper Edouard Mendy.

Chelsea have reportedly opened negotiations with Bayer Leverkusen as they seek to secure the services of Kai Havertz.

Bayer Leverkusen attacker Kai Havertz has reportedly agreed personal terms with Chelsea ahead of his potential transfer this summer.

Arsenal manager Unai Emery has hinted that Laurent Koscielny could head through the exit door while speaking in a press conference in the United States.

Arsenal have been linked with a free transfer move for Spanish goalkeeper Adrian. The former West Ham shotstopper, who has been released from his club in search of regular first-team football, is wanted as a backup goalkeeper for Bernd Leno at the Emirates.

Arsenal have reportedly agreed on a £4m deal with Napoli for the sale of goalkeeper David Ospina during the current transfer window.

Arsenal are reportedly on the verge of announcing goalkeeper Markus Schubert as their first signing for the 2019 summer transfer window.

The agent of Inter Milan goalkeeper Ionut Radu has acknowledged that Arsenal are interested in signing his client during the ongoing transfer window.

Arsenal have reportedly expressed an interest in signing Gianluigi Donnarumma from AC Milan with manager Unai Emery said to be unconvinced over the abilities of Bernd Leno.