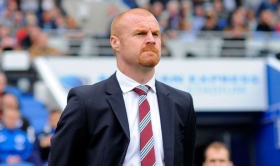 Richarlison to rejoin Everton on loan?

Manchester United will be missing three key players for the midweek Premier League clash against Burnley.

Tottenham Hotspur will need to pay £50m for England star

Tottenham Hotspur will have to cough up £50m in order to land the signature of Burnley goalkeeper Nick Pope.

Chelsea are scheduled to host Burnley in the Premier League this afternoon. The Blues will be eyeing their first victory under manager Thomas Tuchel, who took charge last week.

Liverpool will be aiming to end a four-match winless league streak when they host Burnley at Anfield tonight.

Manchester United defender fears he could miss out on Burnley move

Manchester United defender Phil Jones is reportedly worried that he could miss out on a move to Burnley amid talks of a potential takeover.