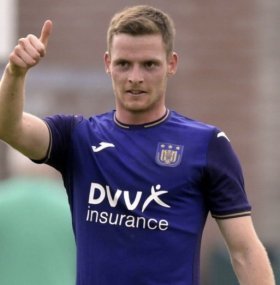 Man City manager Pep Guardiola has made a last ditch effort to sign Brazilian left-back Renan Lodi from Atletico Madrid, as the Cityzens look to shore up their defensive backline with a new acquisition. After missing out on Marc Cucurella, Guardiola is on the lookout for a full-back and is expected to wrap up a deal for Sergio Gomez shortly.

Manchester City have won the race to sign talented left sided player Sergio Gomez from Anderlecht, beating the player's former club Borussia Dortmund and Spanish giants Real Madrid to snap up the versatile 21-year-old. Gomez currently plays for Spain's under-21 side, and is considered one of the country's best young players.

Barca and Atletico go head to head for title

This season's Premier League title race, between Manchester City and Liverpool, proved so interesting that people have been paying less attention to other leagues such as La Liga while the Premier League season was still alive.