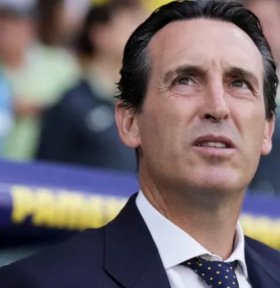 Unai Emery has been appointed Aston Villa manager, and will take over the role left by Steven Gerrard, who was sacked last week. Unai Emery, formerly of Arsenal, PSG and Sevilla, helped lead Villarreal to the Europa League title, the fourth team he had coached to victory in the European showpiece.

Pervis Estupinan has arrived on the South Coast having completed a transfer worth a reported £16 million from Villarreal. Having made 53 appearances for the Spanish side under Unai Emery, Estupinan has now opted to return to England, where he previously had a short stint with Premier League side Watford.

Arsenal have made an official bid for 19-year-old winger Yeremy Pino, who currently plays for Villarreal in La Liga. The Yellow Submarines are coached by former Gunners boss Unai Emery, and the manager is said to be ready to let Yeremy leave if a club matches the reported 40 million euro valuation.

Manchester United manager Ole Gunnar Solskjaer has confirmed that the unavailability of three players for the Europa League final.

Arsenal make the trip to Villarreal for the first leg of their Europa League semi-final tie tonight.