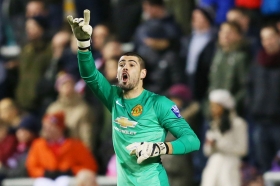 Newcastle must strengthen in this one key area

Newcastle go into the final game of their season against Barnsley knowing that the Championship title is not out of their reach, as they are currently a single point behind leaders Brighton.

There was nothing odd about Jose Mourinho's team selection for their 3-1 victory over Middlesbrough on Sunday, with three centre backs, two wing backs, two central midfielders, finished off with three more attacking players. If anything, that is the most common formation that we have seen in the Premier League this season. However, by the end of the match, United's set up was much different.

The day's early kick off sees Manchester City travel to Middlesbrough, competing for a place in the FA Cup semi finals. The home side have struggled recently in the league, so this cup tie will be a welcome break. City are on the hunt for silverware, and finding themselves some way behind Chelsea in the Premier League, and with some strong teams still in the Champions League, may see the FA Cup as their best chance.

Liverpool’s goalkeeping situation has been under constant scrutiny this season. Simon Mignolet was in goal until Liverpool’s win over Chelsea in mid-September.

Middlesbrough have moved quickly to sign Brad Guzan from Aston Villa on a free transfer. The American international shot stopper has signed a two year contract with the newly promoted Premier League side.

Manchester City boss Pep Guardiola will reportedly seek to lure free-agent Victor Valdes to the Etihad over the summer. The Spaniard was released from arch-rivals Manchester United last week.

Manchester United flop Victor Valdes is eager to link up with Portuguese side Sporting Lisbon at the end of the season.

Manchester United flop Victor Valdes could be heading to arch-rivals Manchester City at the end of the season.

Spanish side Espanyol are reportedly closing in on a deal for Manchester United outcast Victor Valdes.

Manchester United outcast Victor Valdes could move to another Premier League club in the New Year, as per his agent.

Manchester United have reportedly made their mind up to not sell goalkeeper Victor Valdes to a Premier League rival.