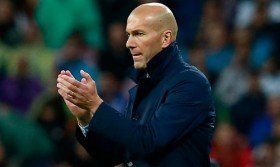 Arsenal will attempt to sign midfielder Dani Ceballos and goalkeeper Mat Ryan on a permanent basis during the summer.

Real Madrid are reportedly open to the permanent sale of Martin Odegaard, who is currently on loan with Arsenal.

Real Madrid attacker Martin Odegaard is open to joining Arsenal on a permanent basis during this summer's transfer window.

Real Madrid won't make an approach to sign Kylian Mbappe until they receive the green light from Paris Saint-Germain.

Chelsea are reportedly looking at the prospect of re-signing Eden Hazard from Real Madrid in the summer.

Arsenal hold an interest in signing Achraf Hakimi from Inter Milan in the summer, a report from The Athletic claims.

Arsenal manager Mikel Arteta has provided an update on the speculation linking Martin Odegaard with a move to the club.

Is Odegaard the successor for Ozil?

Arsenal are on the cusp of completing a deal for Real Madrid midfielder Martin Odegaard, with the Norwegian set to complete a loan deal. Odegaard is seen as a replacement for Mesut Ozil.

Real Madrid are unwilling to consider the permanent sale of Martin Odegaard, who could join Arsenal on loan in the coming days.

The agent of Olivier Giroud has reportedly offered the striker's services to Real Madrid.

West Ham United and Wolverhampton Wanderers are among the clubs in the running to sign Real Madrid outcast Luka Jovic.

Throughout the history of international football, we have seen some exceptional football teams that have proved their mettle on and off the field. Some of the teams on this list have been the most decorated on the planet, and most names on this list would be unsurprising for the true football fans.

Arsenal will reportedly attempt to sign Isco from Real Madrid when the transfer window reopens.

Football agent Mario Cenolli believes Paul Pogba will make the move to Real Madrid from Manchester United at the end of the season.

Real Madrid have reportedly joined Arsenal in the race to sign midfielder  Dominik Szoboszlai from Red Bull Salzburg at the turn of the year.

Real Madrid are set to be without Eden Hazard for around three weeks following his thigh injury in the 2-1 defeat to Alaves last weekend.