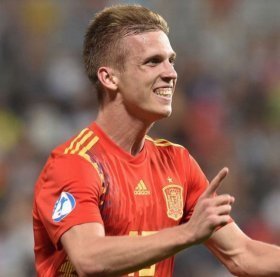 Barcelona transfer news: Haaland & Pogba being eyed as club line up massive triple swoop
the European game. According to the report, Barca are planning to move for Manchester United's Paul Pogba, RB Leipzig's Dani Olmo and, most
21/09 15:14

RB Leipzig are reportedly eyeing a move for Chelsea defender Andreas Christensen, according to Football London.

Chelsea to miss out on signing Dani Olmo?

Chelsea are reportedly set to miss out on the signing of Dani Olmo from Dinamo Zagreb with the winger said to be tempted by the prospect of joining RB Leipzig in the Bundesliga.

Manchester United target Dani Olmo has reportedly chosen RB Leipzig as his next destination amidst the transfer interests from Europe’s elite clubs, according to Italian outlet SempreMilan.

Barcelona decide not to sell French ace amidst transfer links

Barcelona have no intention of selling Ousmane Dembele until the summer, claims French outlet RMC.

According to The Sun, Barcelona star Ousmane Dembele has spurred huge transfer speculation after liking a fan-made picture of himself dressed in the Liverpool shirt on Instagram.

According to Marca, Barcelona have made a formal offer for Dinamo Zagreb star Dani Olmo.

Chelsea have reportedly made a 'firm offer' to Dinamo Zagreb to land the signature of in-demand Spanish attacker Dani Olmo.

Barcelona target Dani Olmo has revealed that his time at Dinamo Zagreb is over and is ready to take newer challenges.

Manchester United and Dinamo Zagreb are locked in talks to confirm the transfer of highly rated youth international Dan Olmo. The attacking midfielder, who helped Spain win the under-21 tournament and scored three goals on the way to glory, is worth a reported £40 million.